Following a residence at the "Jazz Amphi" of the Lyon’s Opera in December 2016, the Barolo Trio regularly invites musicians such as Antony Gatta and Carjez Gerretsen to form a quintet. 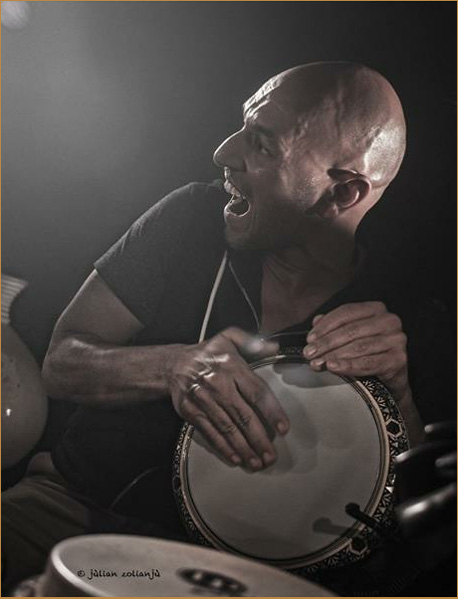 Antony Gatta has taken his drums and drumsticks all over Europe and beyond since he was eighteen. His passion for mediterranean music and percussions has driven him to modify his child's drumkit into a set of percussions reflecting his sensibility, his travels, his encounters...Traditional and urban music, improvisation, song, he has played with a variety of musicians on stage or in studio, with Dezoriental, Houria Aichi, Alain Leperst, the Imperial Quartet, Romain Didier, Joce Mienniel's Babel, Zenzila, les Ogres de Barback, Dub Inc., Riff Cohen, Jean Guidoni, Julien Lallier's "La Escucha Interior", Jaal, the Eric Teruel quartet, Karimouche... He also composed and performed the musical scores for two documentary films by Bertrand Schmit for the France 5 channel, "Tankers en plein ciel" and "Tigres en plein ciel", and of the play "Fille de" for the "Théâtre du Crabuge" company. To the Barolo trio, he brings his feeling for colour, his knowledge of mediterranean music and his irresistible sense of groove. 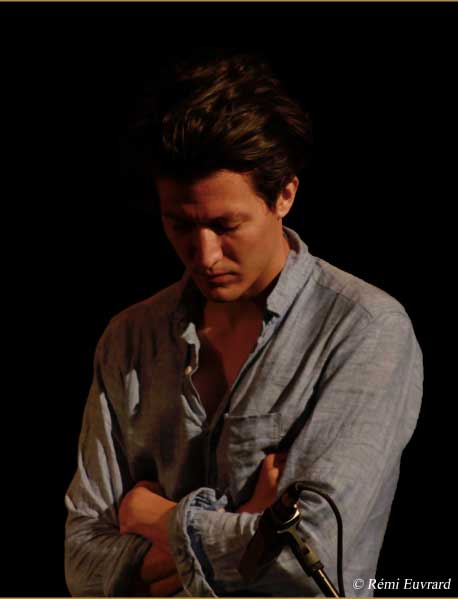 Carjez Gerretsen, born in 1984 in the Netherlands, Carjez has rubbed elbows with such renowned instructors as Michel Lethiec, Jacques di Donato, Nicolas Baldeyrou or Jean Noël Crocq. In 2009, he won third prizes in the international competitions of Cruseli in Finland, and in Freiburg. He has played as soloist with the "Cannes Region Orchestra", the "Freiburg Philharmonisches Orchester", the "Orchestre de chambre de la nouvelle Europe". He has worked with Julie Brochen on Offenbach's La Périchole in 2006 and on Tchekov's Cherry's Orchard, played with ensembles such as Polygones, l'Itinéraire, Multi Latéral and Calliopée, with pianist Pierre Chalmeau...but mostly his meeting with Thierry Pecou led him to perpetuate his involvement with Pecou's music and to become in 2010 a member of his "Ensemble Variances". He Works regularly with Rémy Poulakis within various projects and becomes naturally a guest of the Barolo Trio to whom he brings his lyricism and his extraordinary technique.