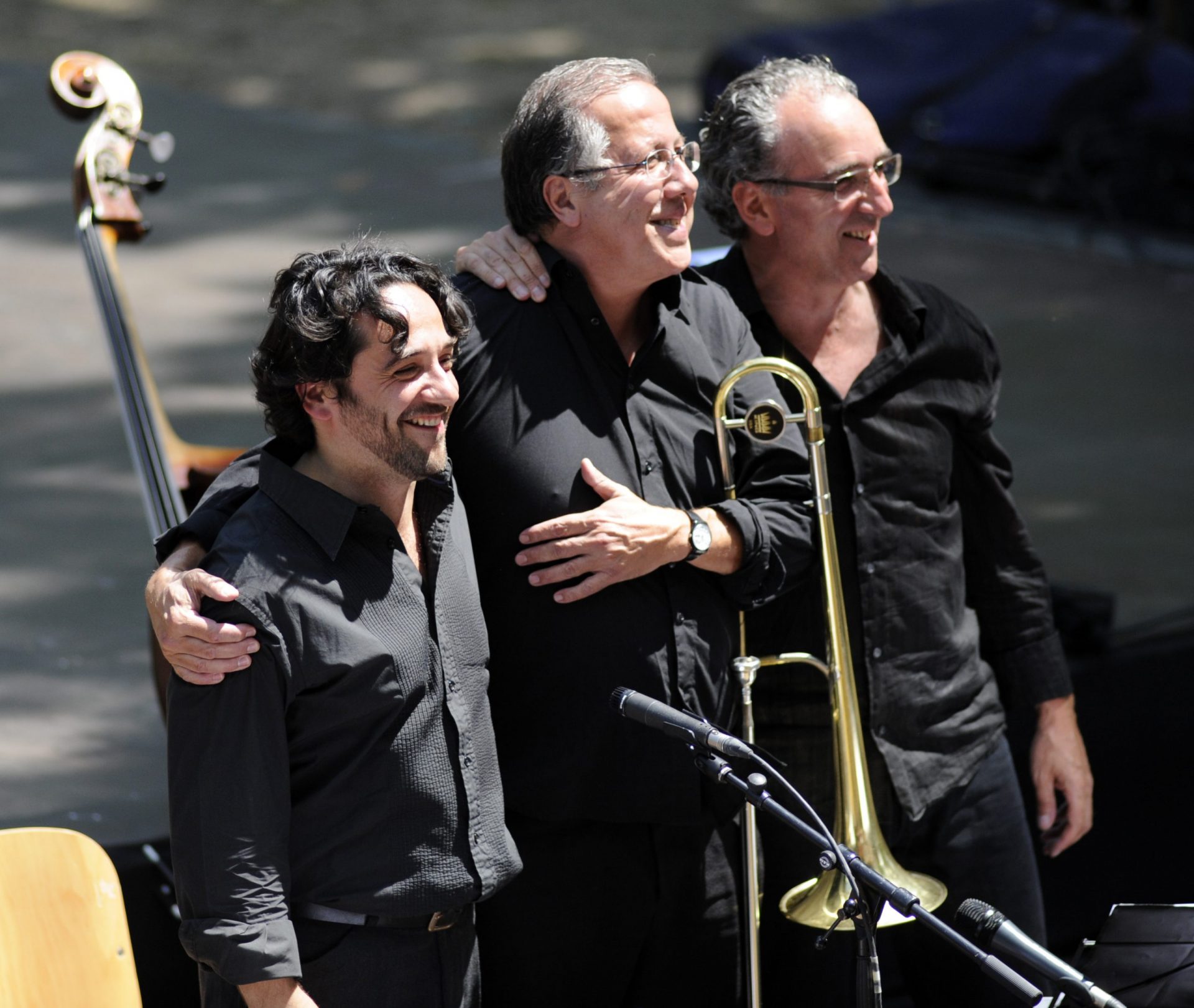 With their unique sound, which combines jazz, opera and world music, the members of the trio take you on a musical tour of the "Mare Nostrum" of their origins. If you close your eyes, you will feel immersed in a film by Fellini, with, as your only luggage, emotion, humility, musicality and generosity. The three Barolo musicians are always ready for new encounters, new collaborations, new dreams. After five years, more then eighty concerts in France with more and more enthusiastic audiences, a first CD, "Le Ballet des Airs", recorded at Roberto Lioli\'s, Enrico Rava\'s sound engineer, the Barolo trio\'s second album, "Casa Nostra", recorded at the La Buissonne studio in January 2017 is about to come out. Simultaneously, the trio works regularly with the "Nouveaux Nez" company, as part of the Circo Barolo circus cabaret. Following a residence at the "Jazz Amphi" of the Lyon’s Opera in December 2016, the Barolo Trio regularly invites musicians such as Antony Gatta and Carjez Gerretsen to form a quintet. 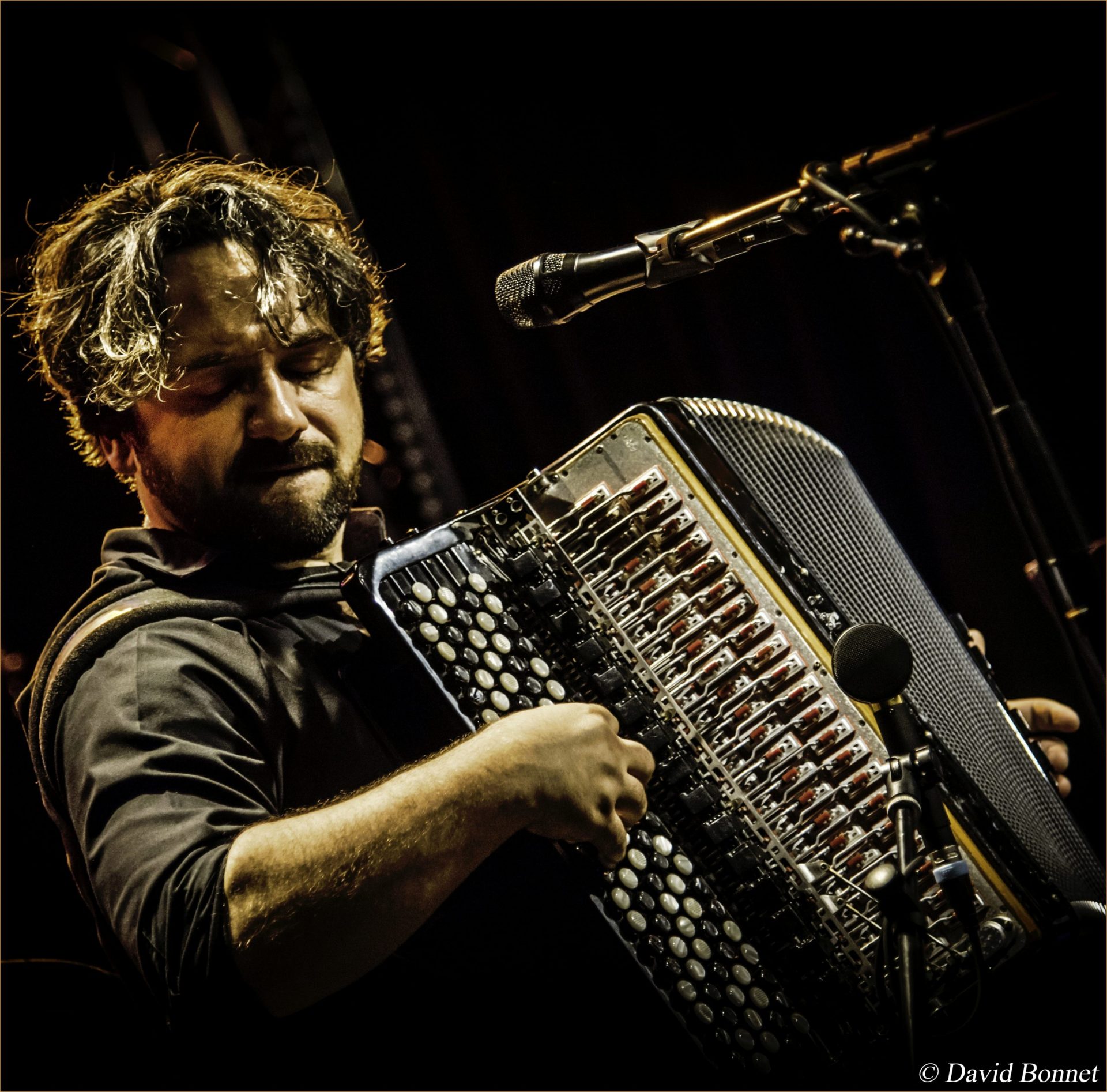 Born in Crete, he lives in St Etienne. He learned to play the accordion under his father's direction and pursued his musical education at the St Etienne conservatory, then at the National conservatory in Lyons, where he won a gold medal by a unanimous vote. He concurrently studied the piano, and his interest for singing led him to join the class of Ms. Nicolas and then the class of Evelyne Brunner. The outcome of all this was numerous concerts where he sang various parts, in "Dialogue des Carmélites", "Cosi Fan Tutte" and "Madame Butterfly" among others. He has recently sung and played the accordion opposite Mina Agossi in "Porgy and Bess" at Opera de Lyon and in Verdi's "Aïda" at La Fabrique of the Grenoble Opera. A generous musician, he is not bound to one genre but equally in love with jazz, Italian folk songs and opera. With Trio Barolo he has found an equilibrium between his beautiful voice and his virtuosity and the accordion. 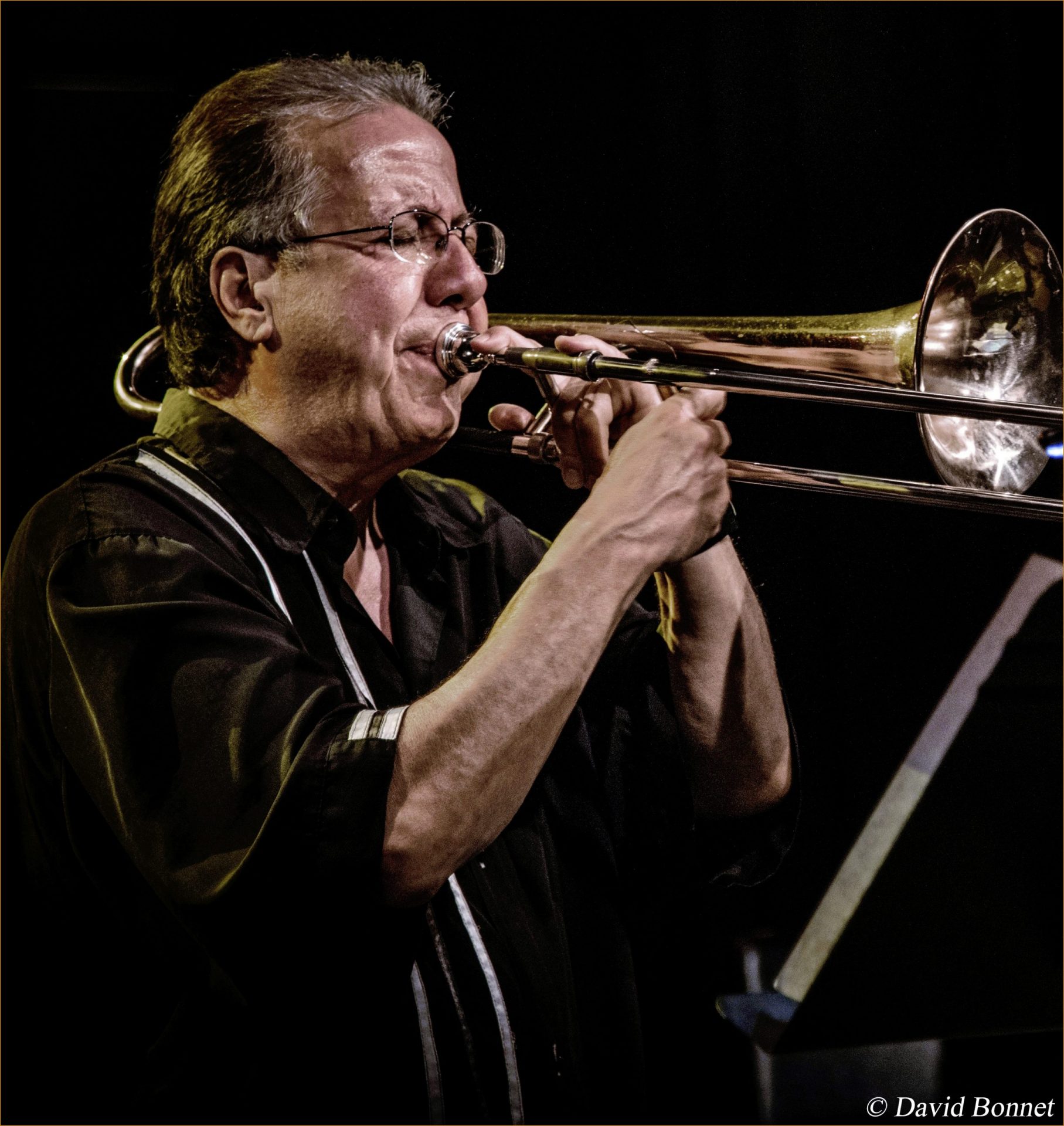 An Italian born in Luxemburg, he has inherited from his Ombrian ancestors a taste for chiaroscuro and nuance. He won first prize at the Royal Conservatory of Brussels and first prize at the International Music Academy of Cologne. He was for ten years a studio musician in Germany before embarking on a soloist's career in France. A much sought after trombonist, he has played with many jazzmen, notably Ray Drummond, Oliver Hutman, Stephane Belmondo, Olivier Kel Ourio and Mario Stantchev. Francesco brings to trio Barolo his exceptional sense of melody and one of the most beautiful sounds to be heard on trombone today. 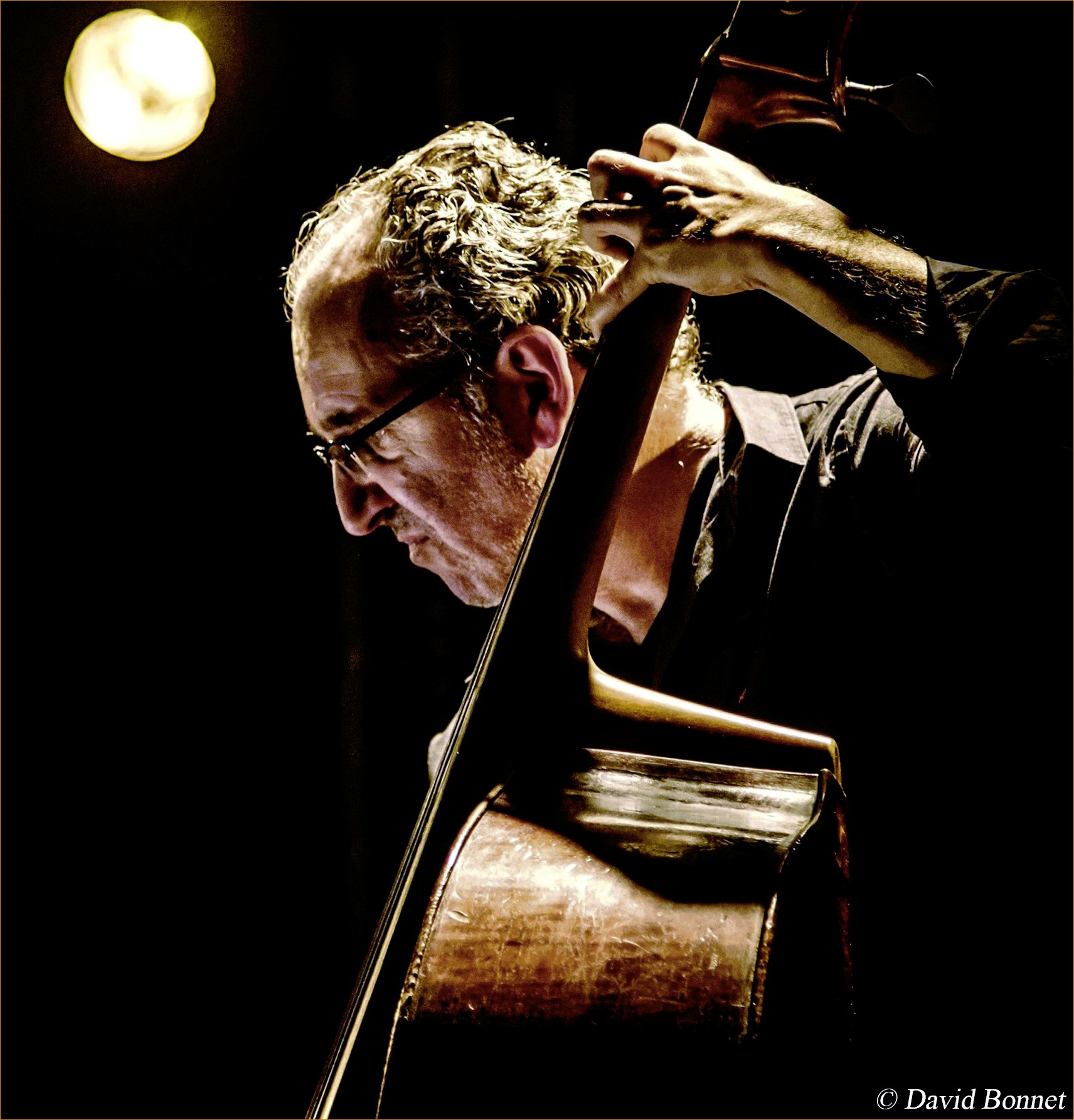 A self taught bass player, the shock of hearing Jaco Pastorius play made him undertake a solid study of classic bass. He acquired a varied musical experience with the orchestra of Limoges, the Paris Opera orchestra, l'Orchestre Lamoureux, by taking part in recordings of film music; he worked with Jean Claude Vannier, went on tour with Jane Birkin, played with the late Jérôme Savary company for five years, during which he participated in the creation of "Cabaret". He was, with François Arnold, Tiboum Guignon, Manu Codjia and François Thuillier a co-founder and member of Collectif Nco in 1993, he founded "La cave à jazz" in Alba la Romaine which later became Smac 07. He teaches jazz at the Saint Etienne conservatory. In 2007, he worked with Alain Reynaud and Les Nouveaux Nez, the company of clowns, at the creation of "Le jazz fait son cirque", a show which played almost a hundred and fifty times over four years, and he founded the Barolo trio, with Fransesco Castellani and Eric Longworth and then Rémi Poulakis.